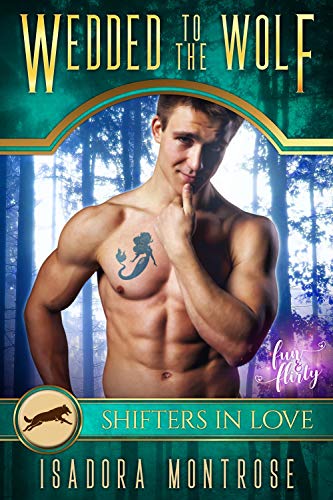 Title: Wedded to the Wolf

Wedded to the Wolf

Lone wolf Drew just wants a quiet life. He’s drawn to this curvy siren, but watching her house is just part of his job.

Try telling that to Justine’s father the mer-king. King Roger demands that Drew mend Justine’s reputation with a wedding ring.

Drew is slated to be the next alpha of his pack, a job he doesn’t want. Could marriage to a curvy mermaid be just the ticket to get the First Wolf off Drew’s neck?

There are a few problems with the mer-king’s plan: Justine is sort-of married. She doesn’t want to turn into a hairy she-wolf. And although she lusts for former Marine Drew, she’s holding out for true love the second time around.