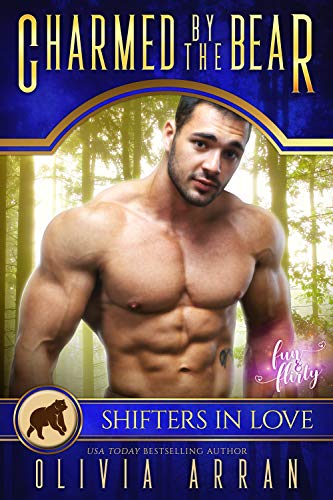 Title: Charmed by the Bear

Charmed by the Bear

Curvy redhead Leigh Summers has come to the small town of Bluebell Creek for one reason only: to work her ass off so she can escape back to the city, then she’ll hopefully receive the promotion she’s been promised. She’s got a ten year plan, a career she’s made too many sacrifices for, and a best friend that’s cheering her on (to the nearest bar, anyway).

But Fate has decided to have a little fun.

Introducing bear shifter Drew Quinn. Bartender and tequila enabler, he’s got trouble written all over him, from his flirty smile all the way down to his tight, muscular ass. Yes, she looked at his ass—he was pouring drinks, okay? No, she wasn’t objectifying him … much. And it’s not like he kept his own eyes to himself. Now, Leigh might be a little shy and socially clueless, but even she knows it doesn’t mean anything. It’s a bartender’s job to flirt with his customers and ply them with drinks.

But they’re not at the bar anymore, so why does Drew keep coming back for more?

Welcome to Bluebell Creek, home to three bear shifter brothers and their quirky Aunt Tabby (who’s never seen a teddy bear she doesn’t want, has a dirty mind, a big heart, and is determined that her nephews are going to find true love. How else are they going to give her lots of grand-aunt-babies?)