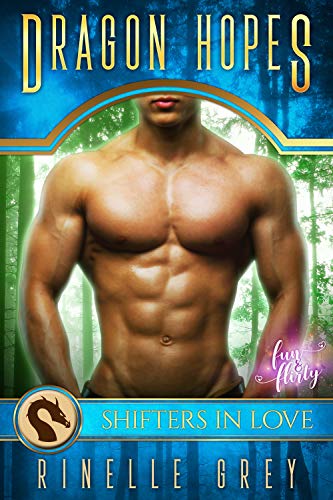 Not only that, but she’s different.

Her power as a life dragon to influence and heal is rare and valued among her kind. Keeping her safe is all her parents want. But when they send her home, they put her in more danger than what she left.

Undercover police officer Finn Harley has problems of his own. After coming face to face with a dragon in his human form, he’s acquired a phobia of the scaly creatures. At least his investigation only involves following a young woman seen leaving the dragon lair to find out what she may be hiding. He’s at no risk of encountering another dragon. Or, so he hopes.

But on this tropical island resort, nothing is as it seems. As Finn and Morian are drawn together, everyone and everything seems determined to pull them apart. Even if they can get her brothers to back off, can Finn overcome his phobia when he finds out he’s in love with a dragon?