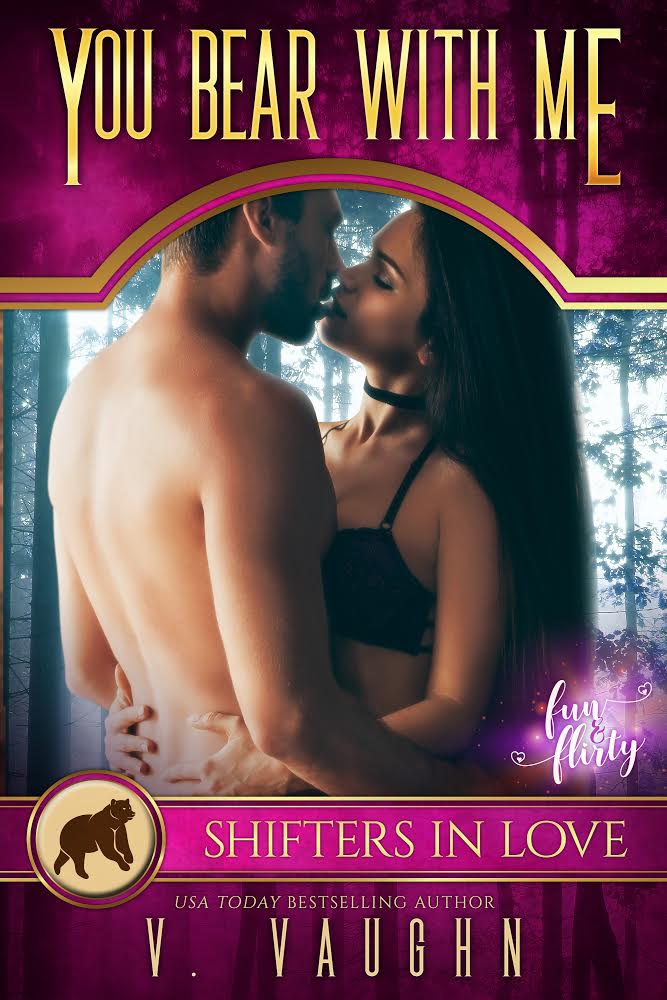 Title: You Bear With Me

Series: Series: Bewitched by the Bear

You Bear With Me

Sammy the witch moved to Maine with a plan. She’s going to get her Masters in Education and teach long enough to establish her career before she lets the complications of a soul mate interfere. But when she meets Leo in the most unlikely place, she discovers destiny has played a cruel joke. Not only is it too soon, but Sammy never expected her soul mate to have a job that makes her want to run in the other direction.

Leo’s got a plan too. With his good werebear looks, Leo finds working as an exotic dancer pays well enough to make medical school possible. When he meets Sammy, his strategy has to change because he can’t imagine taking his clothes off for any other woman. What Leo doesn’t expect is for his soul mate to deny their fate. And when he finds out why, he’s not so sure they belong together either. The soul mate connection is powerful for a reason, but it may not be strong enough.